If you are struggling to find a social media platform that worked for her style or looking to let get of imposter syndrome, this is the woman you need to hear.

Danielle did the following:

HERE IS THE TRANSCRIPT FROM THIS AMAZING INTERVIEW:

Hey there guys. Look at Danielle. She is actually drinking her water, holding it up. I think you’re actually frozen girl.
Is that on my end or are you good? You’re frozen. Can you hear it? I was like, oh my God.
I think we’re already having bandwidth issues. Um, all right. For anyone watching, I know that’s what it was doing. I’m like, do I need to move to a different part of my house, but you know what?

We’ll just hope that it will completely work out. I wanted to have you here today and I’m so thankful that you were like, yeah, I’ll meet you on a Sunday because I know a lot of coaches were like yourself where you had, you knew exactly who you wanted to serve.

You were clear on it. I mean, even from the day one that we talked, but there was like feeling a little stuck and how to get that visibility built.

So I wanted to you to share just a little of, of what happened even in this last few months where I’ve watched you just come in and say, oh my God, I can’t believe this is happening.

I can’t believe this is happening. Um, so can you share to that coach that feels like I’m doing everything and it’s not working, what you found, worked for you?
Um, well, one of course you’ve already said it and that is getting super duper clear on who I want to serve and just that person.

Um, and that was really hard because you want to help everybody, right? You’re a new brand new coach and you were like, oh, that was great knowledge.

And I can save the world and that’s great, but you can’t save the world unless the world knows you’re there and you can do it.
So getting super duper clear eyes, I’m going to focus on them with <inaudible>. Now it’s more broadly like thyroid issues because often people don’t know if it’s she motos or, and not people come to me with graves and Hashimoto’s.
And so, but it was thyroid issues. But then again, I knew what I wanted to do, and I knew I had the skills, but how do I get it out there?

And, um, and for me, it was really two things that were so clear. One is figuring out which social media platform was going to work for me and my personality.

So we have this idea, like, you must be an Instagram. No, you have to be on Twitter. No, it must be Facebook.
And for me it was ticked off. Um, which is really funny because of course, when somebody first said it, I was like, it’s not worth 13 year olds hanging out, like my daughter’s on time.

Um, but I do well with you. I’m very much like a teacher type. Um, so, so it ended up like, yeah, I post something occasionally on Instagram and I have a Facebook group, but I really focus in one place where that meets, that really fits my skin medium, that my media.

Exactly. And that is speaking of video. I know for some people they’d like rather cut off their arm and in that case find a medium that works for you.
I’m not a very visual person. So like Instagram is really stressful. How do I make like cute little means? I don’t know.
I don’t know. I’m not designing. So, so really finding my thing and just focusing and being like, okay, I’ll take a couple of pictures of what I’m on Instagram occasionally.
But deciding that I did not have to worry about the other ones. And I just said to get really good on one, made a huge difference because then I can get good at it.
One question, even so I can go back to just, you brought up something right away. I was like, okay, I’ve got to like ask her about this because every, we all say, oh, I’m good.

I niched down. You know, I polarized out and that’s when everything changed. But if I, if I were to say, from what I’m hearing is that in the beginning it was general thyroid.
And what you then niche down is you said I’m going to focus on Hashimoto’s. And in that clarity, did you feel like you also started attracting other people?

Did you have to use the same thyroid message? So how did you actually, how did you refine and niche down and then how have you blended in speaking about these other areas where do not talk about graves?

And I know you talked thyroid and Hashimoto’s So moving in these also think this idea of we need you down.
Like nobody else will find us. And the fact is niching down also just makes it easier for you to hone your message, but you don’t even realize that other people will find you.

Still, we’re going to talk about the inflammation. And oh, I have nodules on my thyroid. And I was like, well, okay, that’s still.
So like, once I started talking about something that I was confident about and comfortable with other people find you and they say, Hey, I still want to be part of this with you.

Um, so then I figured out what my client, like, how my clients want to talk about their thyroid issues. Like you just have to start somewhere and your clients will tell them.
I think the part that you said, that’s like, even as you were saying it, I’m like, I don’t know if I’ve ever heard somebody explain it that clearly.

And I can definitely tell your mode is a teaching mode, because even in how you explained, you said, you know, once I started to really say, I’m going to focus on Hashimoto’s people who have, of course autoimmune conditions are going to instantaneously reach out and say, well, if she works with Hashimoto’s, let me see if graves does she work with, you know, this other.
And so you niche down you solo focus, but you’re still in an expansion as long as they’re your ideal client.

My Niching down is really for you. I mean, and I don’t mean that it just, it helps you hone your messages and know who to talk to and know the language.

But once I start talking about this, like I started like auto empowered. So when people come onto my tic-tacs all the time with other autoimmune disorders like this, one’s talking about lupus, let’s talking about, you know, alopecia and this one’s talking about rheumatoid arthritis, but there’s still like, I’m not going to pretend to be an expert, but I can talk to them about what, how auto-immunity works in the body.

So we get this idea that somehow we need each down, we’re like slamming the door on other people’s faces and it’s not at all.
It’s just, there’s only so many hours in a day. Like you need to come up with a message. Um, and, and the fact is, I mean, thyroid disorders, I could work on that at the end of the time, there are so many I’m like right after this.

So the other thing is that when we’re talking, I mean, because of art is so complex, especially when you’re with women and there’s so many interrelated hormone issues, you’re never talking to somebody just about a thyroid issue.
I mean, this again, all right. NPOs, thyroid, and infertility, thyroid and menopause thyroid. And you know, so there’s certain all the layers.
Yeah. It’s all gonna come together. So, so once I niched down, I was able to get really clear and also part of the reason why I niched down, she is I have Hashimoto’s I, um, you know, I was like, I have that.
I can tell the whole story of, like, I probably started having symptoms, you know, at 23, what was the diagnosis hypothermia until 33?
I wasn’t diagnosed unless she thought it was until like 45. So like, you know, I know the whole, you know, it’s a mystery.
What do I have? So I can relate to my clients very much in that way. Um, so that’s why I was a huge passion for me.

And they, people hear it. It’s a passion for me. But the other thing, I think that’s so important in social media and especially for me, wasn’t Tik TOK is that, and it’s so funny because we told us all the time, just be yourself.
Um, but especially like take talks out of this new, it’s really a year old for, you know, the over 12 crowd and, um, you know, maybe a year and a half.

And it’s at the point where it’s really all about authenticity. Like it’s about vulnerability. It’s the other people who do the cubes dances.

And they’re like really polished as most people like you’re, I have no makeup drinking my coffee. I’m a hot mess, you know?

And that’s that media and the other ones, I felt like I, I am a hot mess, mom. Like, I am not like it, you know, cause I’m feeling fancy today.

PrevPrevious95. How Being Secure in Your Why Can Help Combat Imposter Syndrome
Next96. How I Maintain A Healthy Hustle During Stressful TimesNext 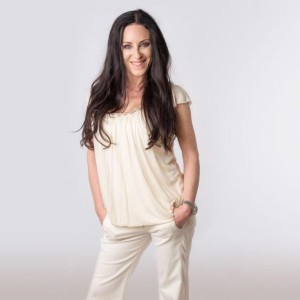 I am a kick-ass business coach for health and wellness professionals, who are sick and tired of having businesses that do not attract the ideal client or when they do, they do not have a system to teach them. I help them define niche, story, backstory, a system, and a leak-free business sales funnel. I had my own health struggles that lead me to be a health coach and then organically became a biz coach after my struggles and mastered my own leak free business funnel system. I went from making 13k to 6 figures by year 3 and now I am proud to say, I rock a business that feeds my soul, my spirit, and my family. A FREE recorded video training for Health and Wellness Coaches. Create a standout biz that books clients like clockwork. Health coaches and wellness professionals are so s

A big thing about success as a wellness entreprene

🤔 How do you actually start making videos when

👉 Do you know what every health coach desperate How to Package Your Signature Program How to Price Your Programs 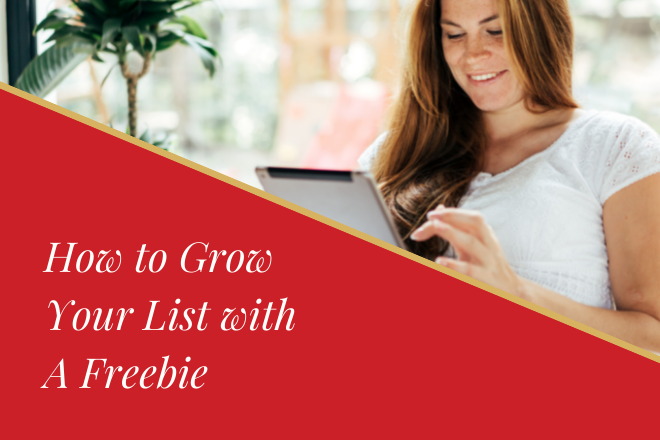 The Top Ways That Health Coaches Can Avoid Adrenal Burnout

Health coaches and wellness professionals are so s

A big thing about success as a wellness entreprene

🤔 How do you actually start making videos when

👉 Do you know what every health coach desperate

Welcome to my world…

Menu
error: © Rachel Feldman and Rachels Wellness, 2014. Unauthorized use and/or duplication of this material without express and written permission from this blog’s author and/or owner is strictly prohibited. Excerpts and links may be used, provided that full and clear credit is given to Rachel Feldman and www.rachelswellness.com with appropriate and specific direction to the original content.

By continuing to use the site, you agree to the use of cookies. more information